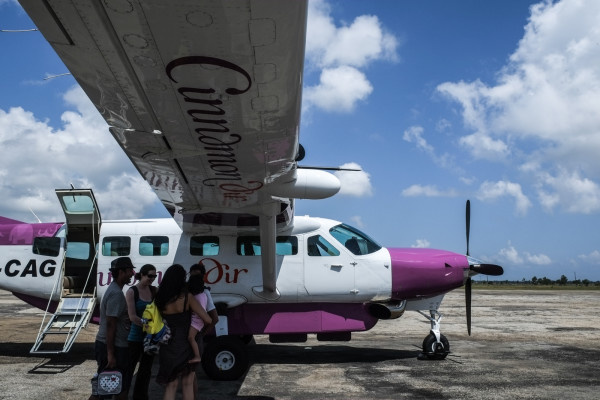 Avail yourself of this unique opportunity of flying by private air taxi into the Centre of the Kandy plateau, site of the charming hill capital of Kandy. Considered to be the jewel of Sri Lanka, the town lies between hills at an altitude of 1525 feet (465 metres). Steeped in history, Kandy was the last capital of the Sinhalese monarchy. Its' most famous attraction is the Temple of the Tooth Relic, home to a sacred relic of Lord Buddha.Pick-up passengers from the Pier at Colombo Port and proceed either to the Colombo Airport (adjoining to the International Airport) / Waters Edge, Kotte (Colombo) / Paliyagoda (Kelaniya water aerodrome) to take the Air Craft transfer to Kandy.

Fly from Colombo by Cinnamon Air Craft into the heart of the Kandy plateau, landing in the charming foothill city of Kandy (Polgolla Reservoir / Victoria Reservoir). During the flight, you will be able to enjoy breathtaking aerial views. After deplaning at Victoria Reservoir, your trip continues by road to Kandy.

Nestled in a valley surrounded by hills and dense jungle bordering the city's gardens, Kandy enjoys a regal location, with a beautiful artificial lake and a pagoda in its center. Kandy was the last capital of the Sri Lankan kings which is a World Heritage Site. The name "Kandy" conjures visions of splendour and magnificence.  Many of the legends, traditions and folklore are still lovingly kept alive.  Drive around the Kandy Lake built by the last Sinhala king, Sri Wickrama Rajasinghe in 1798.The major highlight of the day will be your visit to the Temple of the Tooth Relic.  Built to house this precious relic of the Buddha, which is enshrined in an inner chamber, the temple is a work of art in itself. An impressive stone rampart encloses the shrine, which stands two storeys high on a platform in the centre of the courtyard. The upper gallery is connected to the first floor of the temple by a small bridge. There, behind a gilt railing, the golden reliquary rests on a silver table. It contains a nest of six boxes - the famous tooth lies within the smallest one. Ritual prayers by the monks are accompanied by beating drums, trumpets and hypnotic chants. (Please note: Flash photography is not permitted inside the temple.)Leaving the Temple of the Tooth, proceed to the Earl's Regency Hotel and enjoy lunch, including two beverages of your choice - domestic beer, house wine or soft drinks.  Following lunch, transfer to Peradeniya.Visit the Botanical Garden in Perademiya. Peradeniya botanical garden was first built as a pleasure garden by a Sinhala king and was expanded by the British.  It is 147 acres in extent and provides an amazing variety of trees, plants and flowers. Beautifully manicured, with huge trees and bright bougainvillea, it contains a wide variety of tropical and temperate flora, 4,000 species in all. There is also a spice garden with centuries old nutmeg trees, cinnamon, cardamoms, vanilla and clove trees, a medicinal herb garden with plants used in Ayervedic medicine, and an orchid house which houses 450 hybrid species.Later, drive back to the Pollgolla / Victoria Reservoir, where your chartered aircraft stands ready to fly you back to Colombo Airport (International Airport) / Waters Edge, Kotte (Colombo) / Paliyagoda (Kelaniya water aerodrome).Then conclude this memorable trip to Kandy with approx. 45-minute transfer to the pier in Colombo Port.

Important Notes: We recommend wearing comfortable shoes and light cotton clothing, although the temperature in Kandy may be slightly cooler than in Colombo.  Moderate dress is required to enter the Temple of the Tooth Relic.  No shorts or short skirts or tank tops and ladies must have their shoulders & upto the knees covered. Shoes & headwear must be removed prior to entering the temple (you may want to bring a pair of socks as the pavement could be warm).  There is a short walk of about 10 minutes to the temple as vehicles cannot approach the building. Walking is on both firm and uneven surface, plus a considerable number of steps need to be climbed at the Temple of the Tooth.  Being a popular pilgrim site, guests may encounter a line waiting to go inside. The chartered Air Craft is exclusive for you, but space is limited. Operation may be subject to weather. Temples could be crowded at certain times & on religiously important days. (Eg: Poya days, Weekends, Public Holidays, New year, etc).

SUPPLEMENTORY COST FOR CINNAMON AIR TRANSFERS
ROUTE: Colombo / Kandy / Colombo
Approx. cost US$ 500 per person
Only 02 Air crafts available & Max. capacity 08 pax per Air Craft – (Subject to the weight limitations)
*** CHARTER COST OF THE AIR CRAFT IS NONE REFUNDABLE & NEED TO BE PAID IN FULL WITH THE CONFIRMATION OF THE FLIGHT TO SECURE THEM ON GUARANTEED BASIS.

Starting from USD USD 300 per person

Your Enquiry For Hotels

If your choice is just to book a hotel room we have network of hoteliers network in INDIA & Abroad who will be able to quote you best competitive hotel rates . May it be a Budget hotel or A luxury hotel, May it be for a leisure stay or for a meetings & conference. Globestravel help you to get you the best competitive hotel details on your behalf. If you already have any offer and wish for a price match you could write to us with your offer and we will see all possible way we could match Or better the offer. You could contact us for best hotel deals in all major cities in INDIA,SRILANKA,NEPAL,BHUTAN,MIDDLE,EAST, FAREAST, CHINA & HONGKONG etc.
×

Your Enquiry For Cars

If your choice is just to hire a cab and be roam around freely we have professional fleet management team works 24x7 well-maintained fleet (Cars- Coaches)with multi lingual ,reliable, courteous drivers who can act as your personal chauffer guide. May it be just a an Airport /hotel transfer or few days to explore the destinations at your pace Globestravel help you to organize your visit a memorable experience. We have network in all major cities in INDIA,SRILANKA,NEPAL,BHUTAN,MIDDLE EAST, FAREAST, CHINA & HONGKONG etc.